After a recent Windows related update, I noticed that files were not synchronizing anymore on my desktop. After a quick look into the recent changes, I discovered that on the 17th of February the latest Windows cumulative update was installed. Which was around the time the sync was broken. To be more specific, the version installed was:

Soon I noticed the files in all of my 3 OneDrive accounts were not synchronizing anymore, which is not less then insanely annoying not having a clear status of all the file you’re working in different places and on different devices.

4: Add the previous configured account(s). OneDrive will see the already existing files and folders for the account and asks if you want to use them. In my case the folder is the same as the account, so I confirm that the previous OndeDrive folder location can be used for the newley added account.

How to fix “A newer version of OneDrive is installed”

Fixes or workarounds for recent issues in OneDrive

How to Disable, Uninstall, or Reinstall OneDrive in Windows 10

I followed all your instructions but after a system restart OneDrive still fails to load automatically, however it can be started manually. This is computer I inherited (came from an internet cafe), and not one I built. There must be something else, well hidden.

Hi George. Maybe you could add OneDrive to your startup folder or in the windows registry to start automatically after a login

You probably know the feeling, when you’re trying to do something uber standard, but you’re struggling with it. It’s extra annoying because you know, it should be simple (which it eventually is 🙃). I had Read more… 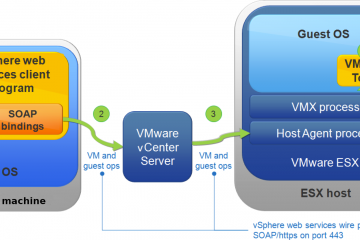 This week I had several conversations colleagues and suppliers regarding the quiescing options of vSphere based VMs for backup and replication purposes. During these talks I noticed that is it more complex then most would Read more…